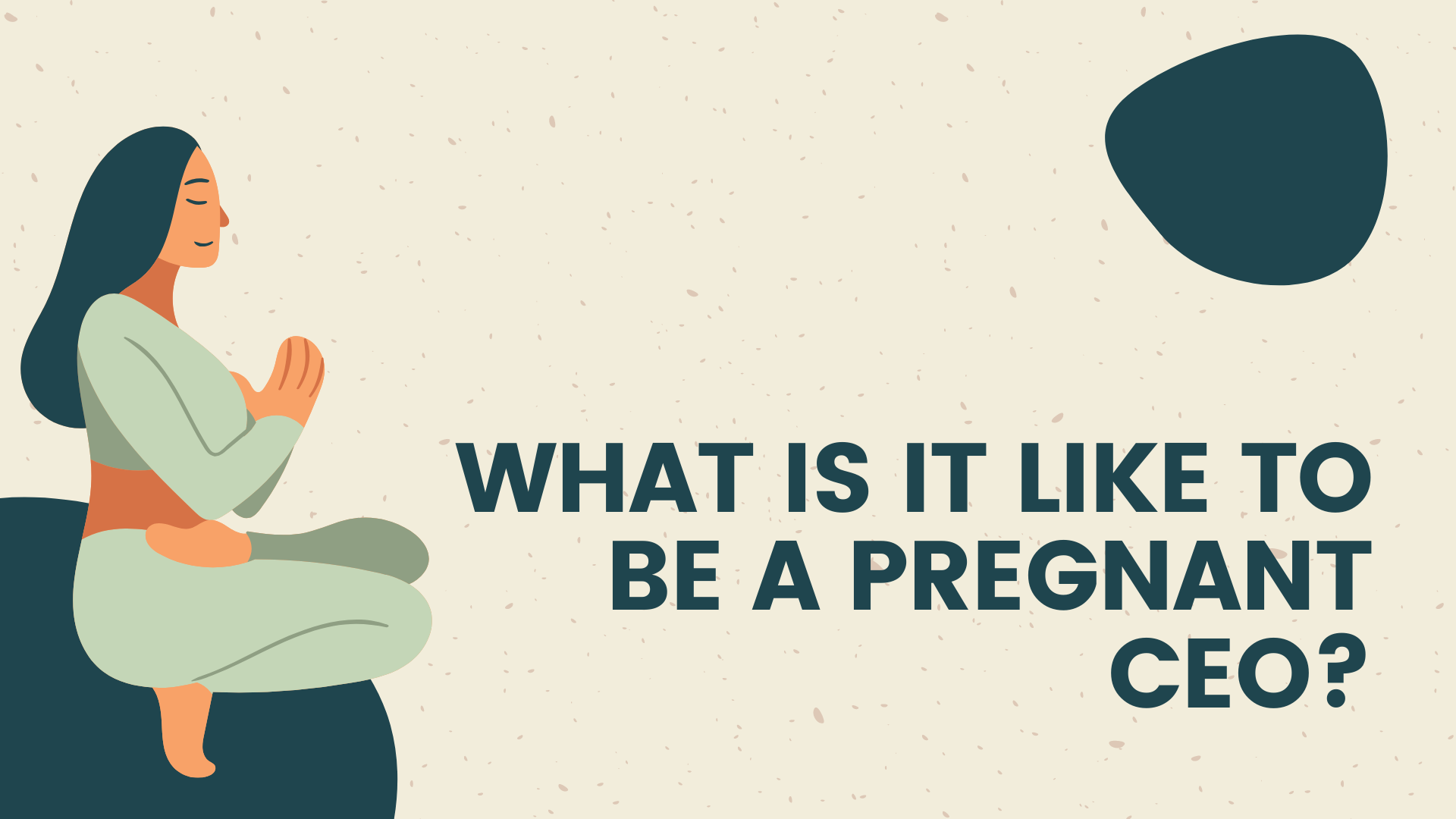 Posted at 17:09h in Entrepreneurship, Articles by Sasha Schriber
0 Likes

Many women who enter a CEO position might worry how to handle their wish to have children down the road. Throughout my life I was told by many doctors that I couldn’t get pregnant, so when it suddenly happened, I was absolutely up for the challenge.

My partner and I had to sit down to look at each other and say, “Ok, let’s face it and we are up for it.” Both of us are notorious workaholics who actually enjoy working long hours if we work on something that we are passionate about.

So with the news about me being pregnant, we presumably had to make a few hard choices. As a pregnant CEO, I had put some thinking into it, almost like building up a strategy, then created an execution plan and got everyone involved on board.

I also had to break the news to my colleagues and investors.

Their reaction was in general very similar to my own – they were very happy for me, but I could feel their concern about how Nanos would survive without its CEO once she inevitably goes on maternity leave.

But my plan was not to go.

This is a video I shot 3 days before giving birth. You can’t see my belly but it’s there. Only the last few days were somewhat difficult but mainly because it was just heavy to carry around – it felt like I had a huge aquarium under my chest. Up until the last day I was having meetings, buying groceries, and driving a car. My pregnancy was so easy that I would only think of it when I had to go to a doctor for a regular monthly check-up or when the bump appeared, around the 6th month.

I chose the easy way: a Cesarean section – as I am afraid of uncontrollable physical pain. I also wanted to know and plan for exactly when the birth would take place, at which hospital, and with which doctor.

Thanks to the decisions, 1 week after the surgery I was already allowed to go to the gym.
I also lost weight very quickly, within the first two weeks.

This is a video that was shot about 10 days after the surgery. I also chose to not breastfeed. I know it sounds like a lazy man’s solution but it was my choice. If I were to do it again, I’d do the exact same.

My partner’s family and I organized everything in advance: moved to a larger space, bought all necessities, and had his parents move in with us. It now feels like going back to the basics, when generations of families all lived together, helping and supporting each other, sharing meals, cleaning responsibilities,worries, and successes.

I like being part of a big family. Now our society mostly has lost this touch, it’s more common that young parents live alone and maybe hire a nanny if they can afford, or bring the baby to child care at just a few months old. I didn’t want it this way and of course now, with COVID-19, I actually benefit from not being able to travel as much as I used to, allowing me to spend more time with my daughter and work mostly from home.

She sleeps a lot so I sometimes even wake her up to play with her when I am bored. When I have calls, someone else is taking care of her but she also participates unseen in many of them already while sleeping or being somewhat awake, watching me from her baby-pillow nearby.

For a pregnant CEO, it’s all about good preparation – all the logistics of pregnancy, birth, and afterwards. Of course, a good health condition is a must, which comes with discipline of exercising daily, even if just for 10-15 minutes, and a balanced diet.

I would do it again in a split second!