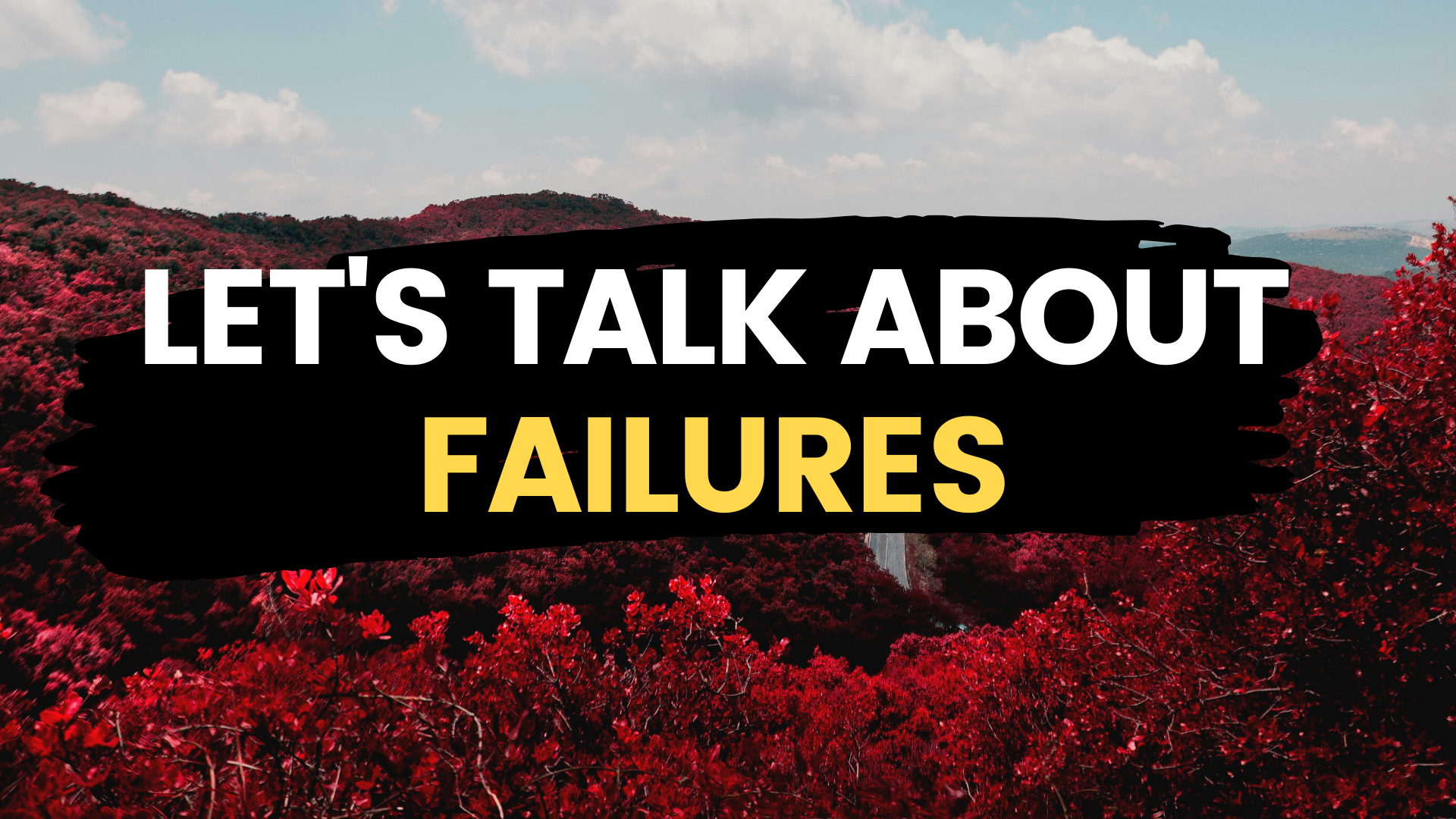 Newsfeeds on social media channels are full of success stories from entrepreneurs –  be it raising hundreds of millions, selling the company, or standing at the NYSE and waving to the cameras at their first or even second IPO.

It is absolutely normal to be curious about those who have achieved such remarkable accomplishments. It gives you a lot of positive vibes  – they did it, so I can do it too. But this push can be short-lived and most likely won’t help you understand how to get to where they are.

What will take you there is due diligence on those who didn’t achieve this and why.

In the past, I have attended many talks and I am now watching and reading lots of interviews online, where successful people share their knowledge and experience on how they got there. It can be extremely motivating but also frustrating, because you compare yourself with those overachievers and think “what’s wrong with me” or “how can I get there too.”

Of course, there are always some facts hidden in the background – on how exactly things happened around those people, that the right opportunity showed up and they took advantage of it. I’ve seen success stories that looked flamboyant in the public eye, but in fact, I know from firsthand that the road was full of betrayal, disappointments, critique, and pain. Some have the courage to share the ground truth but many prefer to omit the downward spiral times, highlighting only achievements to be proud of instead. This can cause the wrong impression that the path to success was full of flowers.

Failures are what make you stronger and one should not be afraid of making mistakes, even fatal ones. Living in constant fear of doing something wrong and carrying the weight of consequences from it can be very daunting. Seeking out stories about failures can help to speed up the time to achieve your goal – be it an IPO, moving to another country, getting your dream job, or having a family.

To succeed, do not listen to success stories, but to stories from those who failed, and possibly, many times, in that same goal like yours. Try to understand why they failed and name as many potential obstacles as possible. Being conscious of, and analyzing them, will prepare you to react immediately, as soon as you see first signs of it. This can give you an extraordinary advantage over others who only read on success stories.

Imagine you are running a startup. Stop reading on what other successful startups in your field did to raise more money or to get bought by a moat. Find information on those who tried different things and failed in some way or another: who didn’t have the right product-market fit and expanded too fast, or ran out of money, or hired the wrong people.

When I was running a research group at a large corporation, I was obsessed with one of our projects and desperately wanted it to succeed. I built a new technology and tried to convince the company’s decision-makers about its efficiency for the existing business, while introducing new revenue streams at the same time. The concept was bold and didn’t exist anywhere in the corporate research world yet. It required a creative approach, a lot of smart thinking, technology tinkering, and constantly running user studies. However, all I got over the course of two years was that it was a great idea but a subject to rejection for multiple reasons. There was just one person who got behind the project and for six weeks I was so happy that the prototype would be finally productized. But then, that person got fired and I was back to square one in no time.

This was so discouraging and very frustrating, to say the least. But I have spoken to someone who once went through the same hurdle and suggested that I focus on another project for the time being. My innovative idea was too early for adoption. The market and the mindset was just not there yet. That person spoke openly about his own project and its failure, and it felt very similar to my case.

Years later, after I had already left the company and founded my own, I received a call asking for that old product pitch deck. It was so rewarding to know they were going to release that product I believed in very soon.

It’s great to keep reading success stories to get inspired but also on stories about failures – to learn what not to do and how to deal with certain obstacles. What has worked for others, might not be the right solution for you. Input from someone who had the same goal as you, tried many different things over  several years, and failed can be much more important. So you don’t need to try all of those things they already did, but go straight to something else. You will be forced to be more creative along the path to potentially become the next success story.

Just don’t forget to also highlight the hurdles you went through!