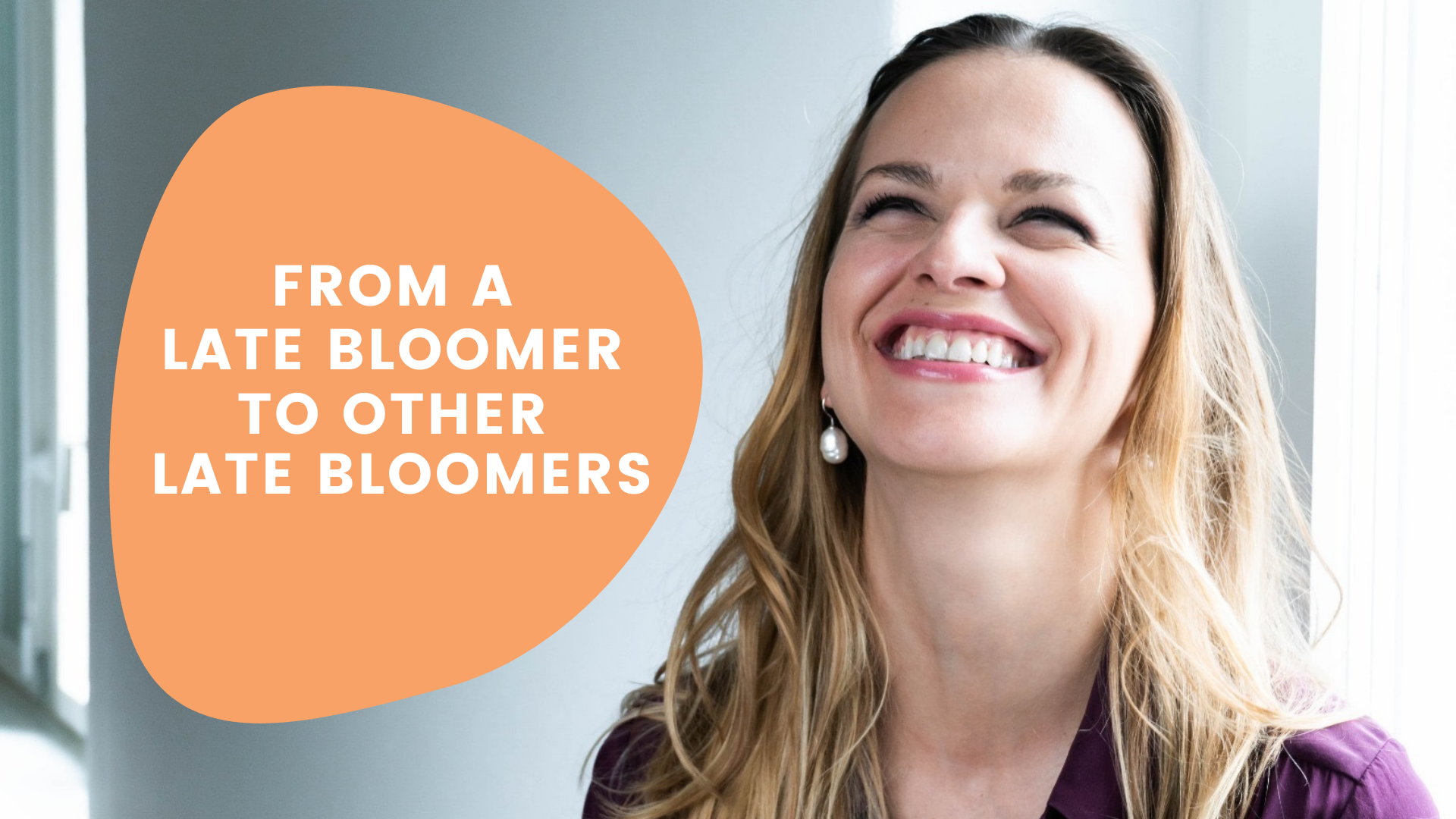 Posted at 14:59h in Entrepreneurship, Articles by Sasha Schriber
0 Likes

Ever since childhood and throughout my life, I have been told many times that I was a late bloomer and that I could do better with my performance in whatever it was I was lacking. This can of course be rather disheartening, if not depressing. The “Sasha complaints” later continued to a variety of people, across different teams, companies, and countries. I simply didn’t fit in.

I’ve had jobs where I was greatly unhappy. It felt too temporary. Being surrounded by uninspiring (and at times, damaging) colleagues could really do a number on your anxiety levels! I was seriously overthinking what would I do, had I not made my first million before I turned 30?!

I’m aware that might sound contrived today, but it was truly what I felt then. In my life, I’ve changed my career multiple times. From studying physics and math furiously in high school and dreaming of formulas at bedtime, to getting my first paid job as a sixteen-year-old, selling kids underwear at a retail store. There was a time when I was an entrepreneur working 16 hours a day (oh wait, that’s today too).

In short, I had a plethora of experiences in building several companies, from retail, to food and beverages, then to telecom services and equipment — to the time when I gave myself a gap year to travel. In retrospect, this was not a very good thing to give myself that break.

Then there was that time when I went full force on the creative as a freelance filmmaker, picking up all kinds of gigs and working for free, (basically just for food) on various film sets, doing everything possible — from camera and sound assistance to post-production sound design, from a make-up artist assistant to scriptwriting and editing. Followed by starting my own production company and eventually crossing to the corporate research side for six long years.

When you’re in your twenties, it is very common to have a job that you dislike. It is perfectly fine to not feel very useful and be frustrated about pretty much everything and everybody surrounding you. Sounds familiar? Those are the times you wake up in the morning and so don’t feel like going to work and seriously thinking of giving it up.

And maybe you should — replace this job with a different one. Only to realize that after one month or so (or even sooner), that you are having a different job, but it is still bringing the same feelings. In my opinion, this is the time to learn to communicate your own ideas in a professional environment and to understand practicalities about your field of interest (or even better — in several fields). It is definitely not the time to freak out and to call yourself a failure.

In your thirties, you probably already have a “preferred” industry in mind. For me personally, the next move was to surround myself with the right associates and collaborators. They are those who share the same principles as me but come from different backgrounds. They have their own unique set of skills, expertise and personalities which were different from my own. I was also looking for the kind of people with a great network. That usually comes with age and work history.

If I were to give anyone advice, is to spend time with these “your” people as much as you can. Perhaps by making a contribution to someone else’s idea. You could be participating in work-in-progress concept development, or join a strong team that is about to really take off. With these people you gain the right network and expertise in the domain you are about to focus on.

Once you find your people, give it all you can.

This segment here can be as stressful as when you were just starting out. I would say that for myself, now in my late thirties, I find the distinct pleasure to be surrounded by people I like and respect, while creating things I like and doing those things for the people I like and whose needs I understand.

I’m fortunate to say that with Nanos, I’m finally in a good space where everything makes sense. The experiences I had in the past might appear as a cacophony of jobs and companies to those who didn’t know me well.

Today, I am just like my client. I’m a small business owner and constantly wrecking my brain on where should I advertise. “Where can I connect with new customers?” I understand those restaurant owners who are also filling in for the dishwasher and busboy, while people get sick and can’t show up at work.

I dare say that I have learned to communicate with almost anyone. From kings to beggars, during my year off and while filming career. I was always easily inspired by visually appealing creative concepts in a short form, especially in an advertisement.

I will never underestimate the power of storytelling through what’s at first perceived as simple imagery. Today, thanks to all those experiences, I finally understand the power of technology and its role — it is not to replace human beings, but to make peoples’ lives easier and better.

How about you? Are you willing to go the distance to find your passion?

Do you have any questions about leadership? Contact me at Ask Sasha.